Torgbor Mensah Elected President of the Advertising Association of Ghana 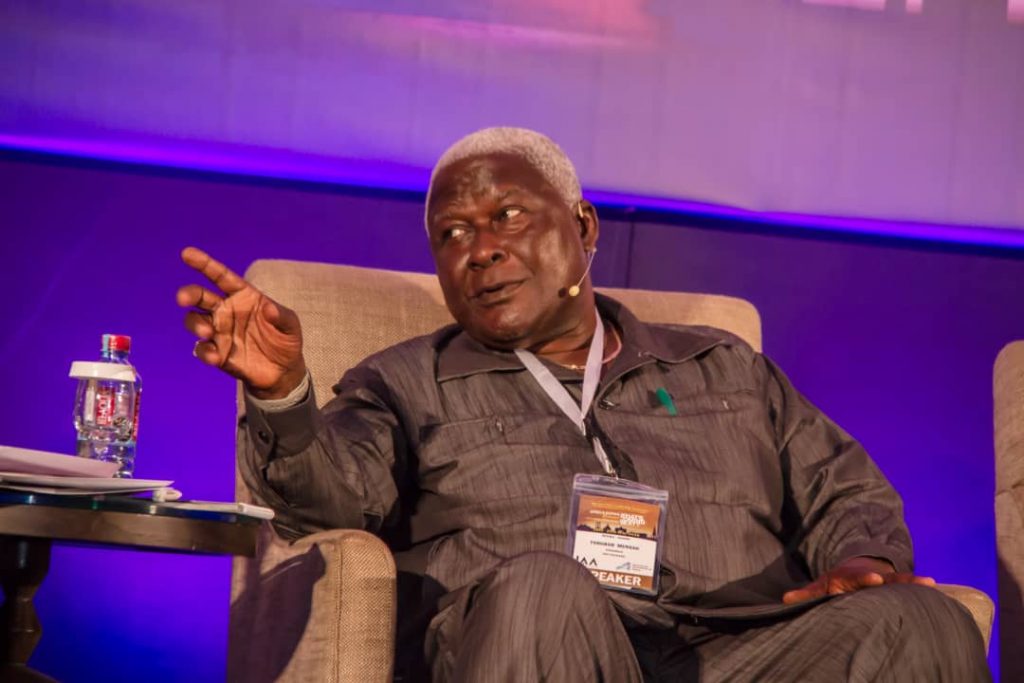 Chairman of The Great Argon Group, Torgbor Mensah has been elected president of the Advertising Association of Ghana (AAG) for the next two years at the 27th Annual General Meeting (AGM) of the Association in Accra.

Togbor Mensah takes over the Presidency from Chief Executive Officer of Innova DDB Ghana, Joel Nettey who has served two terms in that capacity.

Accepting his new responsibility, Togbor Mensah thanked members of the AAG for the confidence reposed in him to lead. He gave assurance that the incoming Executive Council will work together to ensure the Ghana advertising industry thrives.

Presenting his annual report, outgoing President, Joel Nettey mentioned some of the successes his team has chalked over the past year, such as securing the Business Advocacy Challenge (BUSAC) Fund to support the AAG’s advocacy for passage of the Advertising Bill, introduction of new Professional Development programmes and hosting for the second time, a very successful IAA Global Leadership Conference for Africa.

He disclosed that Ghana is likely to host the International Advertising Association Leadership Conference for a third time next year, after which hosting will be rotated among IAA member countries on the continent.

Joel Nettey said there is the need for the association to grow beyond its corporate membership base and announced plans to open up AAG membership by introducing new categories including Young Professional, Academic and Student memberships.

He expressed worry that the creation of new assemblies especially within the Greater Accra region has resulted in indiscriminate installations of billboards, in breach of the agreed guidelines with the Accra Metropolitan Assembly.

“Boundary issues coupled with the lack of proper demarcation of the newly created assemblies have resulted in emergence of unauthorized structures within the jurisdiction of the Accra Metropolitan Assembly. Individuals within the various assemblies have taken advantage of this gap and are allowing people to mount boards indiscriminately. This is contrary to the LI 2180 and negates all efforts by the association and other stakeholders to bring a level of sanity and professionalism within the out of home advertising space.”

He urged the district assemblies and other stakeholders to collaborate with the AAG to ensure the country’s advertising industry meets global standards.

Joel Nettey announced the introduction of an Advertising Week to provide a platform for stakeholders to network, dialogue and set the agenda for the industry. Activities planned for the celebration of Advertising Week include Industry Dialogue, Exhibition, Sports Festival and the AAG’s flagship annual awards, Gong Gong Awards.

He called on corporate institutions and individuals to support the celebration of the upcoming Advertising Week with sponsorship.

Joel Nettey also appealed to members to support the efforts of the incoming Executive Council and also urged them to actively participate in all programmes of the AAG.

Eight new members including two individuals were admitted to the association.