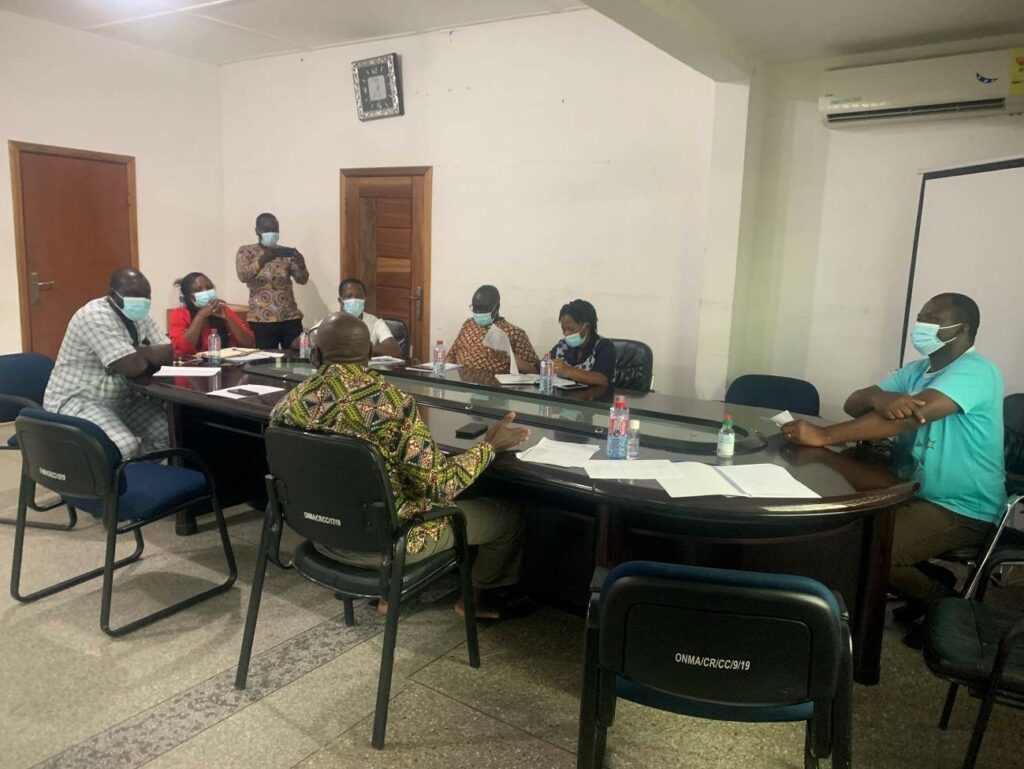 17th of September 2021: The Advertising Association of Ghana represented by the Executive Director, Mr. Francis Dadzie at the Okaikwei Municipal Assembly’s stakeholders meeting on the Ministry of Local Government and Rural Development’s (MLGRD) 2021 National fee fixing schedule pertaining to the assembly’s bill & rates budgeting for outdoor advertisements. The Association as represented by the Executive Director, Mr. Francis Dadzie was welcomed by Mrs. Cecilia Ofori-Asante, the Municipal Analyst on behalf of the delegation from the assembly. In welcoming the AAG, Mrs. Cecilia Ofori-Asante expressed her appreciation of the AAG’s presence at the meeting and also its comprehensive support of expertise rendered the assembly at all times.

Addressing the meeting, Mrs. Cecilia told AAG of the 9% increments in the Advertising Permits effective 1st January 2021, and the requisite need for the decision as well. She said, the assembly has to raise revenue for its developmental projects and hence the basis for the said increments. Mr. Francis Dadzie on his turn lauded the assembly for making the assembly a safe place for the outdoor advertising business over the years, but recanted their move for the said increments even though the outlined reasons for such initiative a good one. He said, that, at the Ministry of Local Government and Rural Development’s (MLGRD) National workshop for the fee fixing schedule held at the Alisa hotel on 18th August 2021; that, he, Mr. Francis Dadzie had raised concerns and complaints to halt the increments proposal with regards to the advertising industry because of the decline in businesses due to the COVID-19 and other socio-economic related instances. He recounted that the petition was acknowledged and considered leading to the stall of the new rates and continuity in the old fees and rates usage. In his ending statements, Mr. Dadzie also submitted to the assembly a report the AAG had done pertaining to the proper conducting and legal practice of the outdoor advertising business according to the GSA GS 847:2019 2nd Edition on OUTDOOR ADVERTISEMENT REGULATIONS.

The report pointed out few irregularities such as mounting of signs in the median way of roads, the unlawful usage of road gantries/arches for advertisements, and malfeasance use of the lamp poles for advertising as well. The report citing the regulations from the GSA and the ROAD AND TRAFFIC REGULATIONS ACT L.I 2180 made recommendations and also sanctions outlined for disrespect of its enforcement.

Mrs. Cecilia admonished the AAG for its great work and promised to keep the assembly abreast with the regulations as she received the report from Mr. Dadzie on the assembly’s behalf.